Hot off the heels of Thursday’s announcement that Roman Reigns will not challenge Universal Champion Goldberg at WrestleMania 36, we have learned another top SmackDown star did not tape their scheduled match this week.

PWInsider reports that The Miz did not work the WrestleMania tapings. Additionally, Dave Meltzer reports that he is sick, which played a factor in Reigns’ decision to pull out.

Miz and John Morrison were slated to defend the SmackDown Tag Team Championship against either The New Day or The Usos. That match was supposed to be confirmed on tonight’s SmackDown.

It remains to be seen how this will be handled in the final TV broadcasts before WrestleMania airs on April 4th and 5th. 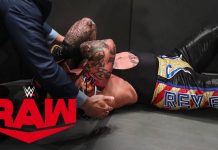 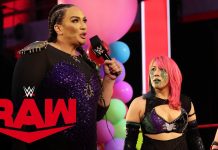