AEW announced on Friday that Rey Fenix is injured and unable to compete in the 9-man Casino Ladder Match at Double or Nothing.

The injury likely occurred during this week’s Dynamite when he did a flip out of the ring and hit the ground back-first after several failed to catch him.

As a result, Joey Janela will replace Fenix in the match. A mystery spot still remains open until the match occurs.

.@ReyFenixMx is out of the #CasinoLadderMatch due to injury. Fenix isn’t expected to miss significant time. @JANELABABY is now entered in the Casino Ladder Match. 1 mystery wrestler is still TBA. DOUBLE or NOTHING is available on all major providers @brlive @FiteTV tomorrow 8/7c pic.twitter.com/0RKeirEhtU

Fenix is the second wrestler to be removed from the card due to injury. As noted, Britt Baker was also pulled after injuring her leg on Wednesday.

Below is what appears to be the final advertised card:

Stadium Stampede Match
– The Inner Circle vs. The Elite 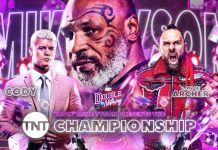 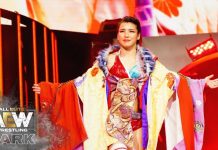