The State of Maryland has officially fined AEW regarding the unsanctioned match between Jon Moxley and Kenny Omega at AEW Full Gear. In the ruling by the State Athletic Commission, the total fine is for $10,000 due to the use of the barbed wire wrapped baseball bat “intentionally causing bleeding”, or a form of blading.

The accusations were initially brought forth by former WCW Announcer Christopher Cruise. After the ruling, Cruise took to Facebook with the following statement: 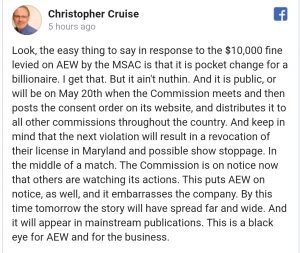 “Look, the easy thing to say in response to the $10,000 fine levied on AEW by the MSAC is that it is pocket change for a billionaire. I get that. But it ain’t nuthin. And it is public, or will be on May 20th when the Commission meets and then posts the consent order on its website, and distributes it to all other commissions throughout the country. And keep in mind that the next violation will result in a revocation of their license in Maryland and possible show stoppage. In the middle of a match. The Commission is on notice now that others are watching its actions. This puts AEW on notice, as well, and it embarrasses the company. By this time tomorrow the story will have spread far and wide. And it will appear in mainstream publications. This is a black eye for AEW and for the business.”

You can also read the ruling in full below:

Below are all the posts on Facebook of Cruise bragging about his complaint and why he did it. Tap on the photos to view larger size (listed in chronological order): 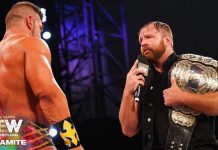 AEW World Title Match Moved To Fight For The Fallen 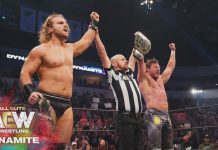 Chris Jericho On Why AEW Won’t Be Scripting Promos